A few weeks ago, I was sitting at a desk in an Airbnb apartment in Melbourne. I was preparing for a workshop that I am presenting called “How to Bicycle with Style” which will be held Friday 12 February, Library at the Dock, Docklands 6-8pm. That morning I had eaten a late breakfast a short bicycle away. The morning had a hint of the heat that was to come. On the ride back, the temperature was rising quickly.  On such warm days, I love wearing linen. Linen helps keep you cool in any breeze, especially one of your own creation on an e-bike.

In the midst of phone calls and emails in air-conditioned luxury, I kept an eye on the temperature. It rose steadily and by 3pm it was 41C. I had an appointment at PSBikes in Yarraville that I wanted to keep. I had delayed enough and the result was that I would be cycling in the hottest part of the day. I needed to be back by 5:30pm as my evening would start at 6:45pm. I had organised a “Stylish Cyclists Dinner” with the Melbourne cyclists that I had met via social media.

How did I prepare to bicycle in such heat? Special undergarments to wick away sweat? Rigidly sweat proof make-up? Lycra? No. I bought a bottle of cold water from a vending machine at Southern Cross Station and put it in my bag.  Going through the station via the lifts is a time saver. One other bit of preparation was that I wore my cycling gloves.  Why? To improve my grip on the brakes and sun protection for my hands.

The ride to Yarraville was uneventful. I had been to Footscray previously which was farther away. I followed Googlemaps bicycle route instructions. The truck drivers waved and smiled again. I had a hot headwind during the entire ride. At a red light, I stopped and drank some water. My eyes were watering in the hot wind. Fortunately, I was on a Gazelle Fuente, an e-bike that Spokes Bicycles had loaned me for the duration of my visit to Melbourne. I wasn’t sweating very much, despite the heat. Why? Because it was evaporating so quickly. I always like to remind everyone that sweat is a natural function which helps to keep you cool. The protected cycleway runs next to the Docklands Highway and must be a great commute for many cyclists who live in the west.

I pulled up next to a road cyclist who wearing lycra, sport sunglasses, helmet and backpack. We spoke about the heat. I remarked about my watering eyes. He extolled the virtues of his sport sunglasses. I smiled. When the light was green, he took off quickly. I have noticed that some men have an issue being passed by a woman in dress and heels on bicycle.

I passed a familiar field of colourful and neatly stacked shipping containers and soon made my way to the bicycle shop. Fortunately, Peter was on the phone when I arrived. I had a moment to recover from the ride and soon I was sweating. I could feel it trickling down my back. There was no breeze inside the shop. I drank the entire bottle of water. Fortunately, the shop was well insulated and several degrees cooler. I stepped outside and caught a bit of the hot breeze. Unbeknownst to me, the temperature had risen to 44C.

Peter was deep in preparation for the Australian Open, which would soon commence, as were many other bicycle shops in the area.  We had a great chat and spoke of our respective brands and cargo bicycles. He agreed to come to my workshop with a few. 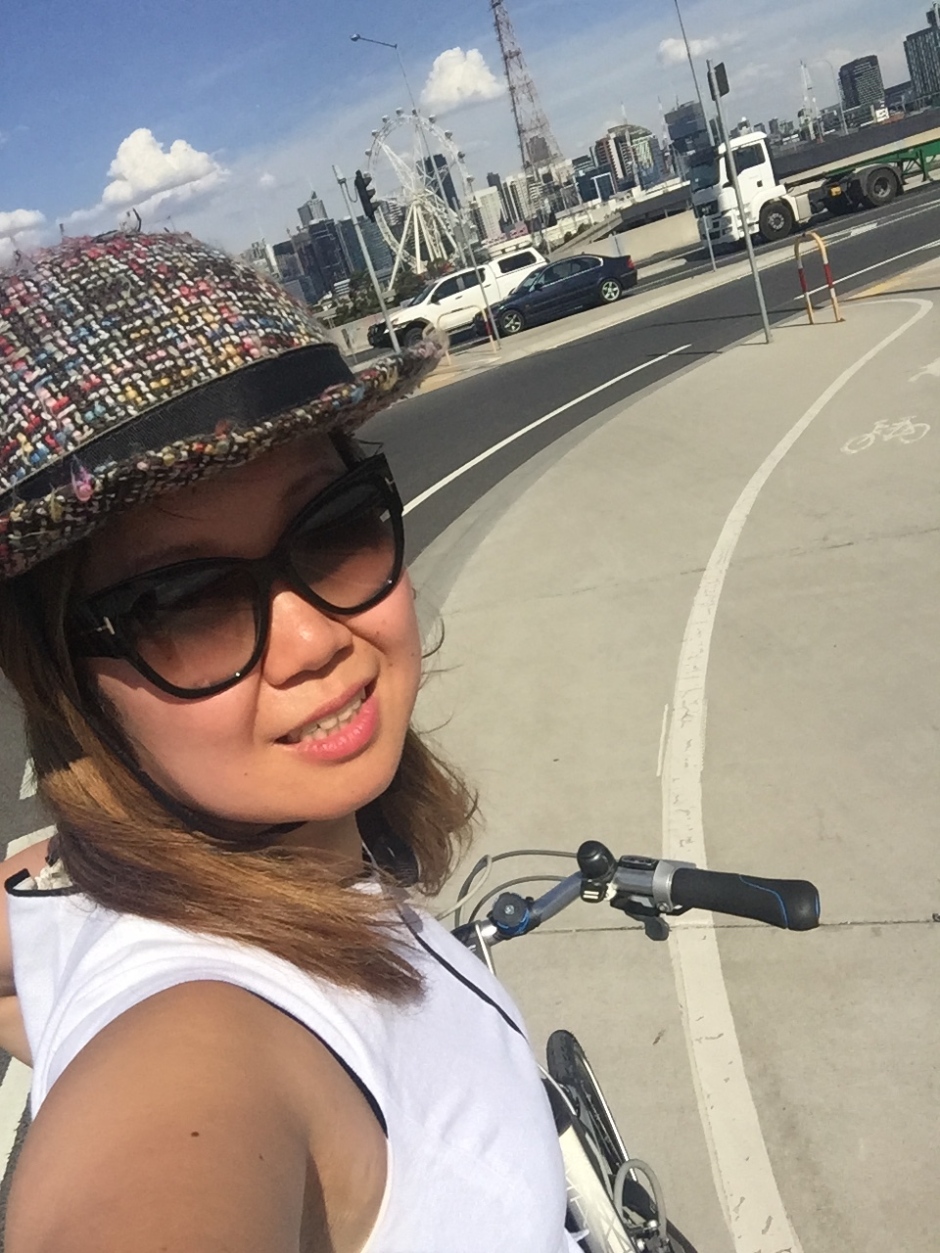 Soon, I would need to depart for the city. Armed with another bottle of water, I made my way back. Clouds were starting to roll in and I saw more cyclists on my return to the city mostly lycra-clad and male. The temperature dropped several degrees but was around 38C when I made it back to the apartment. I stood in the cool shower for awhile. I ate a few rice paper rolls and drank a cold iced tea.  I didn’t feel hungry but I knew that I had expended some energy and needed to recover. I laid down in bed with feet elevated and spoke on the phone for ten minutes. I dressed. A cool change was in the air finally and I was off to the “Stylish Cyclists Dinner” in Fitzroy! 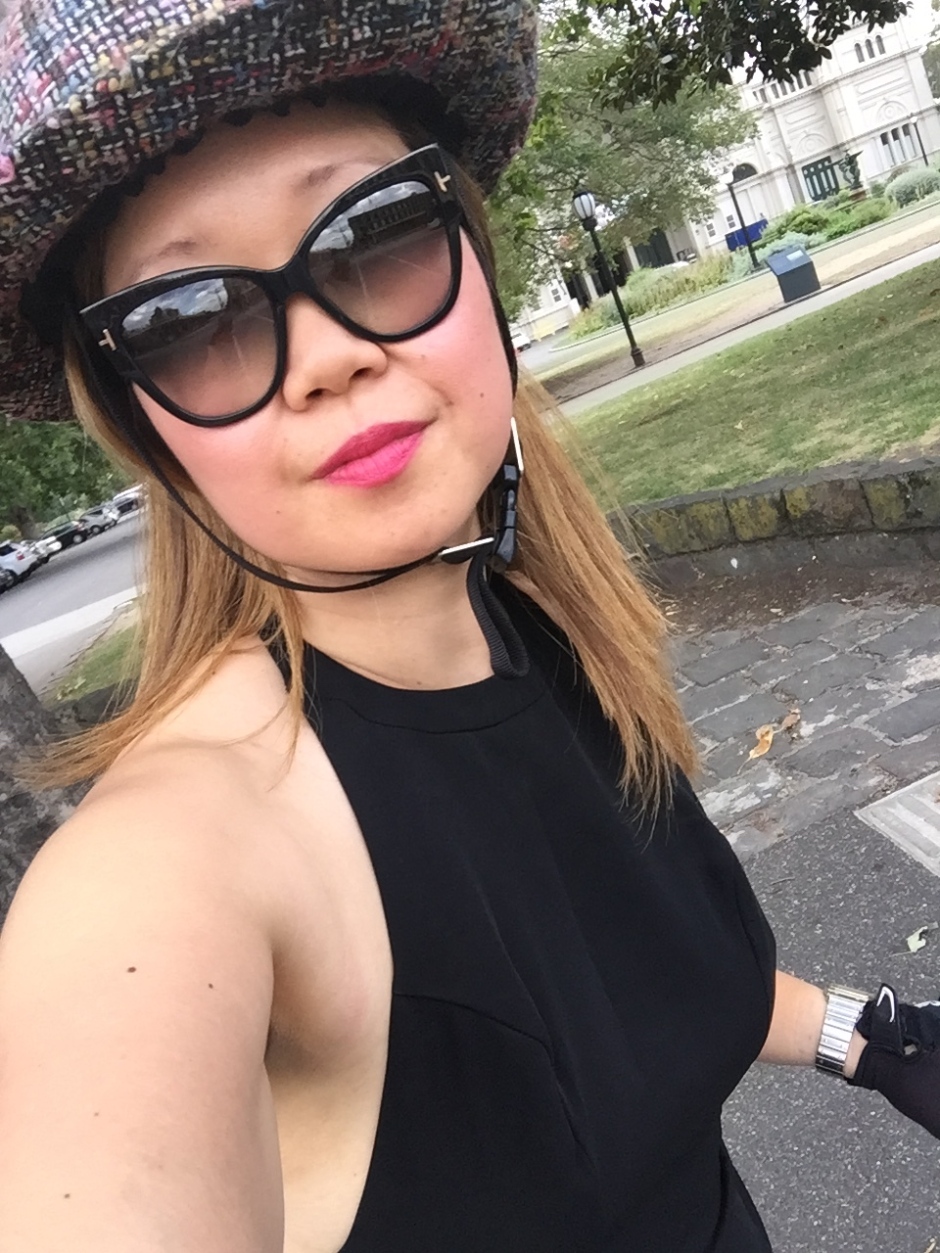